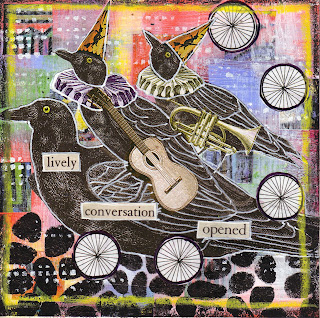 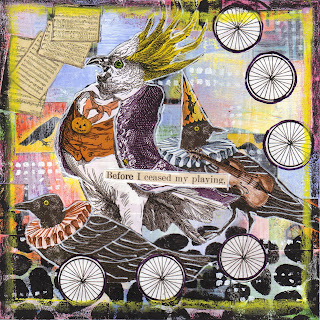 I admit it.   I'm addicted to round robin journal projects.   I like the challenge of taking a theme and creating around it.   One of the Yahoogroups I belong to has a tip-in project just beginning.    Instead of swapping actual journals and incurring the cost that goes along with that, we just send a spread (2 pages) once per month.    It is always a delight to get artful mail, don't you agree?

The theme of this journal is Ravens (with Crows, Magpies and Blackbirds also acceptable).   I've always felt that there is something powerful and spiritual about these birds and this is certainly supported by poetry and literature.   Take this quotation from The Painted Drum by Louise Erdich:

“Ravens are the birds I'll miss most when I die. If only the darkness into which we must look were composed of the black light of their limber intelligence. If only we did not have to die at all. Instead, become ravens.”


They are also the source of many myths and beliefs:


The Chinese, Egyptian, Greek, Semitic and Siberian legends depict the raven as a messenger of storms or bad weather. In African, Asian and European legends, the raven forecasts death. Shakespeare presents ravens as messengers or exponents of evil (like in "Julius Caesar", "Macbeth" and "Othello"), while in "Titus Andronicus" they are described as benefactors feeding abandoned children. In his poem "The Raven", Edgar Allan Poe associates this bird with lost love and despair.

It is their intelligence that has always fascinated me:

Ravens are considered the most intelligent birds, displaying high learning ability and use of logic for solving problems, in some tests bypassing the chimpanzees. In one experiment, a raven had to reach a piece of meat dangling from strings bound to perches. To get to the food, a raven had to follow a series of actions: pull up a string stretch, hold a loop of it on the perch with a claw, then pull up another stretch and hold that loop. The birds had to repeat the action 6 times till getting the meat, while even after 30 trial crows did not succeed.

Source
Posted by Heather Robinson at 9:54 AM

Hello Heather, Your journal pages are fab! I love that you know so much about ravens. I had just heard recently another blogger sharing about how intelligent ravens are.
Hugs,
Terri

Tnkx for sharing what a great post! Love the pages ;-)

I had just heard recently another blogger sharing about how intelligent ravens are.


pirates of the caribbean 5 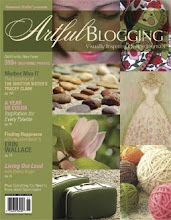 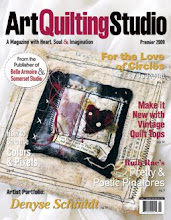 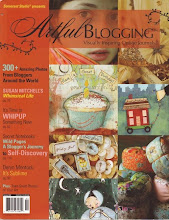 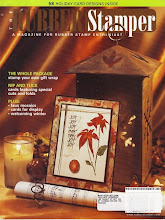 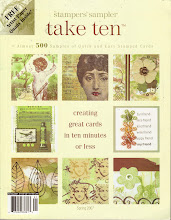 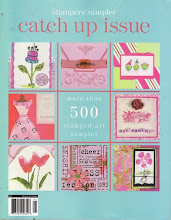 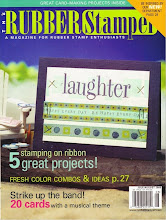 Artists' Blogs that Inspire Me